If you read that title and thought, “That goes against everything I’ve learned!”

Stick with me, and let me explain.

In most cases, a wired connection is significantly safer than a wireless one.

But let’s talk specifically about wired vs wireless headphones.

Maybe you’ve heard about the link between brain tumors and cell phone radiation, and the obvious (and educated) conclusion is to keep your cell phone as far away from your head and body as possible.

It provides the distance you need, the privacy you want (sorry, speakerphone), and the decreased radiation exposure you know is better for you.

So now the question becomes… “wired or wireless?”

If you think the answer seems obvious, think again. The truth is a little more grey than black and white.

I’ll explain why in just a minute, but first let’s brush up on why wireless headphones are definitely not the answer.

Why Wireless Headphones Pose a Threat to Your Health

By using a pair of wireless earphones, you’re simply replacing one type of radiation for another.

Most headsets today utilize Bluetooth technology, which operates within the same range of microwave radiation as cell phones.

Granted, cell phone radiation output is greater, considering it can pick up a signal from a tower 10 miles away. Bluetooth, on the other hand, only transmits enough power to connect with a device up to 30 feet away.

So while their radio wave frequencies are similar, its signal strength is far less.

Still, it uses radio waves within the frequency range of 2.4 to 2.48 GHz, and that’s the same range used by microwave ovens.

You know…the cooking appliance that can transform a kernel of corn into a fluffy piece of popcorn in just 2 minutes? And people think it does “nothing” to our tissues…

It’s also important to realize that many Bluetooth headsets radiate at 0.23 W/Kg.

To put that in perspective, just 0.12 W/Kg has been documented in studies to cause neuron death and make the blood-brain barrier “leaky,” giving toxins a direct pathway to our brain cells.

If you put all that aside, the real problem with Bluetooth – and therefore wireless headsets – is that it breaks 2 of the “laws” of EMF protection:

We can take our cue from the #1 rule of real estate for this one – location is everything.

Wireless headphones are generally worn inside the ear. When it comes to concerns about brain exposure, that’s about as close as it gets!

Most people who use wireless headsets are not just using them for short phone calls. Instead, they’re using them to listen to music for hours at a time.

And as long as they are synced with your cell phone, they are continuously transmitting signals (and therefore radiation).

So while Bluetooth headsets may be “safer” than pressing a cell phone against your ear, safer doesn’t equal safe – it’s just a slightly better alternative.

Wired Headsets Are the Safer Alternative: Or Are They?

If wireless headphones are a no go, the seemingly next best thing is to use the wired kind.

But there’s just one problem:

Most wired headsets use metal wires to conduct sound from your device to your ears.

Notice I used the word “conduct.”

That’s exactly what metal is – a conductor – and it’s not just sound that it sends to your ear. It also transports EMF radiation from your phone directly to your ear canal and head.

You can think of the wires as miniature antennas, delivering concentrated doses of radiation exactly where you don’t want it, especially considering studies like this 2014 one published in Clinical Neurophysiology. It revealed that the brain is negatively impacted by cell phone radiation in as little as 30 minutes.

What to Use Instead

So if wireless headphones are bad, and wired headsets aren’t much better, what choice do we have?

The answer lies somewhere between retaining a wired connection but getting rid of the conductive metal in the wires.

And the only way to do that is with an Air Tube Headset.

They look like regular headphones on the surface, but inside, the metal wires are replaced with hollow tubing part way up, stopping radiation in its tracks yet still allowing sound to go through.

Air is the perfect substitution for metal in this case because it can transmit sound waves but not radiation.

As a result, SYB Air Tube Headset can block up to 99% of the radiation emitted by your cell phone from reaching your brain (versus traditional wired headphones).

And the best part?

Despite the hollow tubes, you still get to enjoy clear, crisp sound.

So if you love listening to music while you work, podcasts while you workout, or any other activity that involves earphones, do your health a favor and enjoy your tunes safely with this Air Tube Headset. 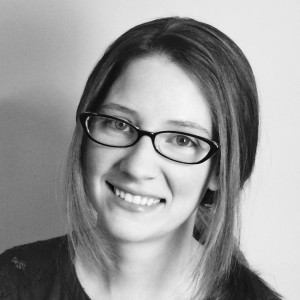 Jordan Mitch
Jordan is the founder of Beat EMF - an information hub built after years of battling Chronic Lyme disease. Her research and path to healing led her to the realities of electromagnetic radiation and its impact on cellular function. After clearing her environment of EMF, she now leads a normal life and seeks to raise awareness of the growing threat.