How to Verify the Performance of the NCB Pro

How to Verify the Performance of the NCB Pro

The NCB Pro removes low-level current and its associated magnetic field and dirty electricity from equipment grounding conductors. And, it maintains an effective ground-fault path. We will test these 4 items.

Foreign current circulating through a well pump equipment grounding conductor (EGC) can now be stopped, along with the dirty electricity and magnetic field.

Put a multi-meter like the Fluke 287 in-series with the problematic EGC to measure current before installing.

With the Fluke you can also look at the Hz to look at the higher frequencies that are “dirty electricity.” This page has videos on how to set up the trend recording on the Fluke 287.

Insert the NCB Pro into the EGC, in-series between the well pump and panel equipment grounding conductor bus bar, (preferably at the well pump in protected housing from the weather). In the main panel is fine if there is room. Confirm reduction in current and dirty electricity.

For magnetic field reduction, I prefer using the NFA 1000 and do a bed map before and after installing the NCB Pro. Usually this whole process started with an elevated magnetic field in the sleeping area even when the main breaker was turned off. That led to finding foreign current entering the home and using an amp clamp around the wire showing the source.

Then pulling the EGC removed the current and magnetic field. That lead to the discussion “how do we remove this foreign current source to remove the magnetic field since the breaker is already off” and that was the main cause to purchase the NCB Pro.

If you haven’t already gone through the NCB Pro protocol, it is imperative to do the full panel diagnosis and track all of the foreign and local sources. As we cut one path, the remaining ones will increase. This is a process, as described in the training videos and webinar.

In the end, the NFA 1000 bed map will prove that we have found the right source to remove current from the right area, the sleeping area. Any gauss meter will do but the more sensitive the better to confirm even small reductions, or increases.

Confirming the NCB Pro provides an effective ground-fault path requires creating a fault condition, a “short” between the hot and the EGC. Start by just confirming there is 1 M Ohm (mega-ohm, megohm, or one million ohms) of resistance through the NCB Pro. Set the Fluke 287 to ohms and test both leads on the NCB Pro. That means the resistor is working.

To test if the gas discharge tube will work under a fault condition, I highly recommend having an electrician do this test, as it is potentially very dangerous if not properly set up.

Turn the power off to that circuit under test (throw the breaker). Confirm the wires are dead, no voltage.

Then, at the appliance, disconnect the wires that feed the appliance. Take the hot wire and the EGC and tie them together under a wire nut. This puts the hot directly touching the EGC and all of the voltage and current will return back on the EGC, right through the NCB Pro. The NCB Pro should be installed on the EGC in-series as seen in the above pictures.

Make sure the hot and EGC are NOT touching anything else in the area.

Then, go back to the breaker panel, wearing protective glasses and gloves, and make sure the panel cover is on.

When you throw the breaker “on” to that circuit, the breaker should immediately trip and go to the half-way position, in the middle between on and off. That is the tripped condition. There could also be a giant spark inside the panel so be prepared.

Turn the breaker “on.” It should have immediately tripped to the center position. If it did, great!

The NCB Pro works and immediately stopped the current by tripping the breaker on that circuit. Turn the breaker off and leave it off.

If the circuit breaker did not trip off, there may be a problem with the breaker, and not the NCB Pro. Turn the breaker off and replace the breaker with a new one. Try it again. Or try a different circuit.

When complete, go back and reattach the hot and EGC to the appliance or circuit to correctly wire the appliance. Once you have confirmed everything is correct and protected, turn the breaker back on to confirm the appliance is working. 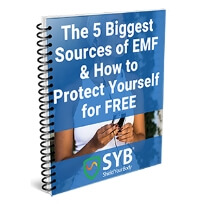 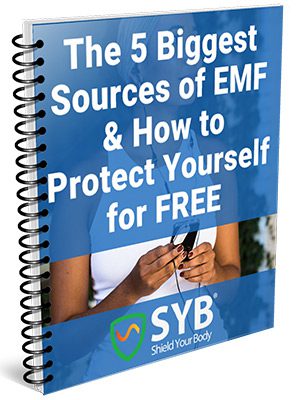