Michigan Senator Calls For Stronger Regulations of the Internet of Things 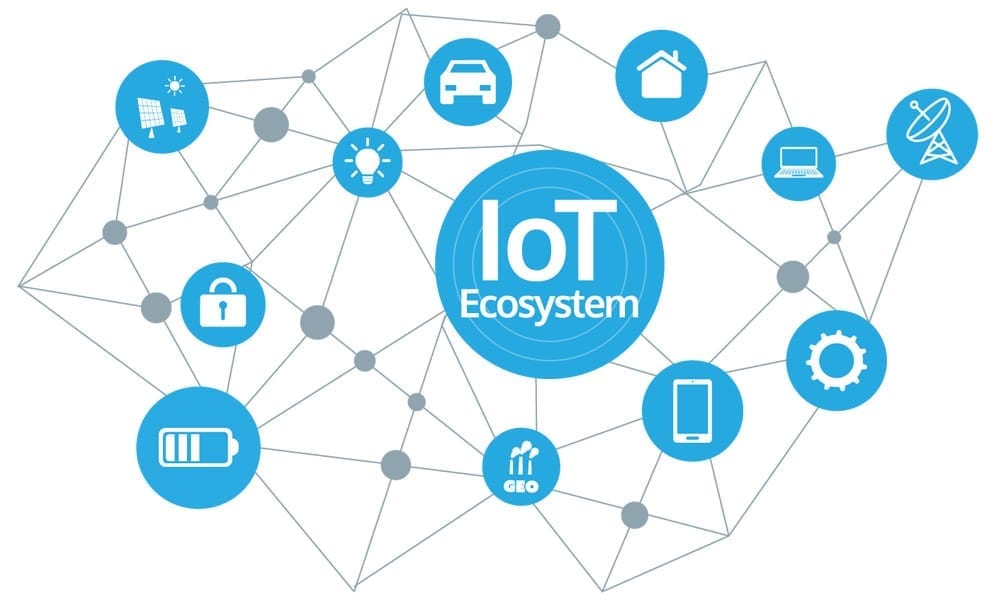 The Internet of Things (IoT) is bringing a whole new level of connectivity to our tech-driven world.

What is it exactly? It says it right in the name: IoT is the network of everyday objects connected to the internet, beyond just computers and phones. Everything from cars to watches to kitchen appliances can be part of the IoT. All of these devices emit electromagnetic radiation (EMF), and so as a result, human exposure to EMF is becoming far more ubiquitous.

Since there is a large and growing body of evidence demonstrating that EMF exposure leads to negative health effects, the big question is, does the Internet of Things pose a risk to our health and safety?

Michigan State Senator Patrick Colbeck, himself a former aerospace engineer, is among those urging caution. In a recent set of policy guidelines, the Senator appeals for better policy decisions around wireless radiation.

Why Senator Colbeck Is Making A Stand

Senator Colbeck’s guidelines are clear about the significance of wireless radiation.

Billions of dollars are being invested in technological infrastructure, says the Senator. If not guided by sound policy, “billions more in investments will be needed to rectify the issues that surface.” These issues include privacy and security concerns, and negative health impacts.

Wireless technology is evolving at such a fast rate that we don’t have time to comprehend its long-term effects. In his paper Colbeck singles out the main components of a hyper-connected world that are increasing our exposure to EMF: cellular networks, smart meters, wifi, and 5G small cells. The latter in particular would vastly increase the density of cell transmitters, and are already being rolled out in some places without an evaluation of the health consequences of 5G technology.

The senator highlights that autonomous vehicles (aka self-driving cars) are “increasingly being used as justification for the deployment of 5G networks”. Thanks to both the financial investments and safety concerns around self-driving cars, legislators are under pressure to let 5G networks spring up unhindered.

Additionally, Senator Colbeck’s report delves into the differences in public policy between the United States and other countries.

The brief also notes that state and local governments cannot regulate the placement of wireless infrastructure based on environmental or health effects. This power is denied them by the Telecom Act of 1996.

In spite of this, local units of government have managed to pass other forms of legislation related to wireless services — for example, enforcing warnings around cell phone usage and developing resources and fact sheets to inform citizens of potential effects. This shows that concerns are present, and that local governments would like to do more to protect their citizens.

As for exposure limits, Colbeck notes that the allowable power density levels in other countries “are significantly lower than those defined in the United States”. Why is this a red flag? Because wireless communications feature concentrated emissions of radiation.

Colbeck cites a nuclear detonation as “an extreme example of a high power emission” and goes on to note that “prolonged exposure to lower power emissions from wireless devices at much lower power density levels can have similar adverse health impacts” to such a nuclear event.

The Health Effects Of The Internet of Things

Though many ignore the mounting evidence that wireless radiation is dangerous to human health, Senator Colbeck’s policy brief lays it out openly. Noting that the health of citizens should be a primary concern of government officials, he lists the numerous adverse health impacts of wireless radiation, including:

“These impacts are well-documented in over 3,600 papers,” he says.

Finally, Senator Colbeck’s brief refers to the $25 million study carried out by the National Toxicology Program (NTP). Results from the study were released in 2016 and found that wireless radiation can cause cancer and DNA damage at levels below the FCC safety limits.

Colbeck quotes Dr. Ron Melnik, PhD, the Senior Toxicologist who led the study until he retired: “The NTP tested the hypothesis that cell phone radiation could not cause health effects and that hypothesis has now been disproved. The experiment has been done and, after extensive reviews, the consensus is that there was a carcinogenic effect.”

Colbeck adds that a peer review panel of 11 experts confirmed, in March 2018, that “the study shows “CLEAR EVIDENCE” of cancer.” In light of this, he says, there is a blatant disconnect between FCC policy and the scientific findings.

Regulating Radiation and The Internet of Things

Just how big is the Internet of Things?

There are already more than 7 billion IoT devices connected globally. That’s excluding smartphones, tablets and laptops — and that figure is projected to reach 22 billion by 2025.

Think about that many connected objects in addition to all our mobile devices, and you quickly understand that it’s near impossible to go anywhere without being exposed to human-made electromagnetic fields. The cumulative effects of this in the long-term remain unknown.

So what does Senator Patrick Colbeck recommend? His paper advocates a moderate path: it doesn’t call for a ban on wireless networks, but rather for a more “responsible approach” to policies.

Some specific recommendations in his report are to promote wired broadband rather than 5G in rural areas; to promote the removal of wifi from schools; to promote alternative technologies for self-driving cars; and to lower the human wireless radiation exposure thresholds as currently defined by the FCC.

Lastly, he calls for state and local governments to be granted power to regulate the placement of wireless infrastructure in their communities. Doing this would allow them to make the better decisions for the health of their citizens.

As for whether those calls will be heeded, time will tell. In the meantime, the best thing you can do is to stay informed, limit your exposure, and take measures to protect yourself.

R Blank
R Blank is the founder and CEO of Shield Your Body. Prior to SYB, R built his career in education and software engineering. He has taught on the faculty of the USC Viterbi School of Engineering and UC Santa Cruz, and started and sold multiple software companies.

Along with his father, Dr. Martin Blank, he is the co-author of 'Overpowered' from Seven Stories Press about the science of health effects of EMF radiation, as well as the lead author of Advanced Flex Development' from Apress.

He has an MBA from the UCLA Anderson School of Management and an undergraduate degree from Columbia University. He has also studied at Cambridge University in the UK and the University of Salamanca in Spain.

Read more about R and SYB or connect with R on LinkedIn.