SYB » The SYB Blog » Education on EMF Health Effects » Women and EMF: What Every Woman Needs To Know About Cell Phones

Women and EMF: What Every Woman Needs To Know About Cell Phones

The question of women and EMF health effects has several aspects — each of them important to consider.  The fact is that while radiation from mobile and wireless devices effects all living things, women have specific concerns. There are three main areas of focus when it comes to women and EMF: fertility, pregnancy, and bras. It’s worth understanding the risks, the latest research, and the measures you can take to protect your health.

Fertility is one of the big health questions around electromagnetic fields. There’s already mounting evidence that cell phone radiation is linked to plummeting male fertility — one of the reasons why cell phone companies include warnings not to carry your phone in your pocket.

But what about fertility and women? 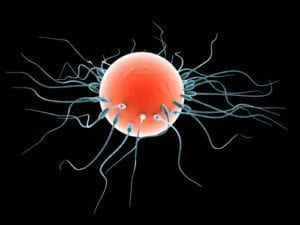 Women’s reproductive systems are very different to men’s. For starters, women’s eggs live deep inside the body and thus are somewhat protected from outside forces like radiation. A man’s sperm is much more vulnerable because it resides in the testicles outside the body.

But on the other hand, women are born with all their eggs and can’t create more. So if the eggs do get damaged, it’s permanent.

So what does that mean for women who carry their phones in their pockets?

Well, the damage they experience may be less direct than with men — but studies suggest the damage does still exist.

Consider this study which found that people living close to cell phone base stations had “significantly higher” concentrations of alpha-amylase (a marker of stress) in their bodies. At the same time, higher levels of stress, as measured by alpha-amylase, have been linked to an increased risk of infertility in women.

So if we put two and two together, increased exposure to cell phone radiation leads to higher stress, which compromises a woman’s fertility — even though her eggs are better protected by the body. 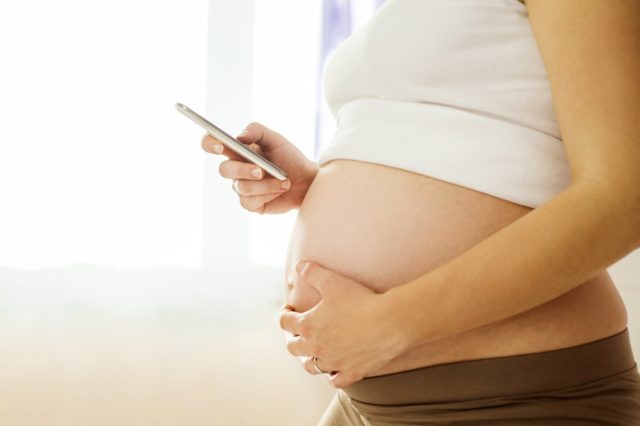 Once a women has successfully become pregnant, she has a new concern: the health and safety of the new life taking shape inside her. And it’s well established that a growing fetus is far more vulnerable to all kinds of threats that adult bodies are better equipped to handle. That’s why pregnant women take great care to limit their exposure to environmental toxins, chemicals, bacteria, even heat.

If developing fetuses are more vulnerable to all such potentially-harmful influences, radiation from EMF would be no different. This is not just a logical conclusion: it’s one backed up by a growing body of research.

Take this recent study from 2017. It found that women who were exposed to higher EMF levels had 2.72 times the risk of miscarriage than those with lower EMF exposure. The women in the study were asked to carry around a magnetic field meter for 24 hours on a typical day during their pregnancy in order to assess their exposure.

What this means is that the women were almost three times as likely to have a miscarriage just from the higher EMF levels they were exposed to while going about their day-to-day lives.

The scientists who conducted the research conclude: “This study provides fresh evidence, directly from a human population, that MF non-ionizing radiation could have adverse biological impacts on human health.”

That’s just one example. In the e-book we delve further into the various studies on pregnancy and the potential effects of in-utero EMF exposure, as they effect a child from birth through to their teenage years. 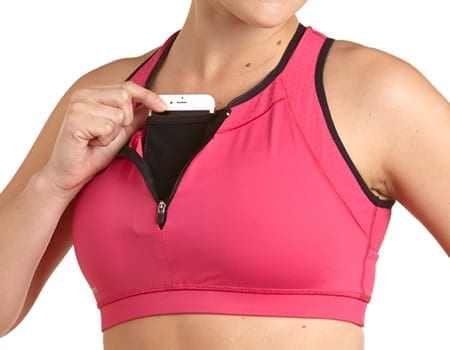 The other major concern regarding women and EMF is breast health. In 2017, researchers at Monash University in Australia surveyed nearly 200 women of ages 15 to 40, and found that a quarter had carried their smartphone tucked into their bra — with 15 percent doing so in the past week.

If you’re in the habit of carrying your phone in your bra or close to your chest, you may like to reconsider. After all, it’s better to be safe than sorry — and one 2013 report from Breastlink concluded that carrying a cell phone in your bra significantly increases the risk of developing breast cancer before the age of 40.

Interestingly, the study looked at the cases of four particular women, all under the age of 40 and with no family history of breast cancer, who regularly carried their smartphones in their bras. All four women subsequently “developed tumors in areas of their breasts immediately underlying the phones.”

Though a small sample, the case study clearly and unambiguously shows the dangers of having a cell phone in direct contact with the body over an extended period of time.

R Blank
R Blank is the founder and CEO of Shield Your Body. Prior to SYB, R built his career in education and software engineering. He has taught on the faculty of the USC Viterbi School of Engineering and UC Santa Cruz, and started and sold multiple software companies.

Along with his father, Dr. Martin Blank, he is the co-author of 'Overpowered' from Seven Stories Press about the science of health effects of EMF radiation, as well as the lead author of Advanced Flex Development' from Apress.

He has an MBA from the UCLA Anderson School of Management and an undergraduate degree from Columbia University. He has also studied at Cambridge University in the UK and the University of Salamanca in Spain.

Read more about R and SYB or connect with R on LinkedIn.